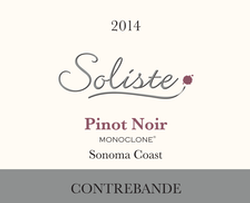 “115 MonoClone®. 25% whole cluster. Aged 28 months in one new French oak barrel. ·Gorgeous robe of moderate garnet in the glass. Enthralling perfume of black cherry and raspberry fruits accompanied by hints of spice and undergrowth. A lip-smacking wine with pristine balance, offering mid weight flavors of black cherry, purple berry, nutty oak and exotic spice. Everything you could ask for, including fine-grain tannins, exemplary acidity, and a vigorous finish that seems relentless. A killer wine with harmony that really stands out. Score: 94”