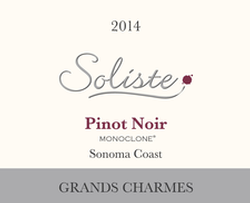 “777 MonoClone®. Sonatera Vineyard. 50% whole cluster. Aged 28 months in a single new French oak barrel. · Moderate garnet color in the glass. Very lovable wine with a seductive perfume of cherry, exotic spices and burnt tobacco. Elegant and silky, with a mid weight core of expansive cherry and raspberry fruits picking up depth over time in the glass. A dollop of oak and spice add satisfaction. The tannins provide supportive structure and the bright acidity contributes verve. Nicely composed, with an enduring finish. The wine rises to another level over time. Score: 94”